Music and a Dream

I have always loved music, especially when the production is a the highest level.  Getting to tune the piano for some of these concerts is really a dream come true. When I was younger and attended symphony orchestras, or piano performances, I never thought I would be the one preparing the piano for the concert.

As I looked at the schedule 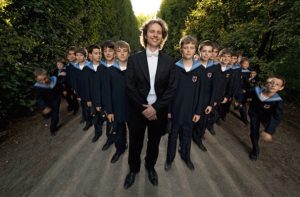 last month, I found an exciting entry in my concert venue piano tuning list: the Vienna Boys Choir.  Since the date fit into my busy schedule, I booked a complementary ticket for myself (a typical perk) and my wife and four other people (an exceptional perk).  The night of the concert, I arrived early to do a final touch-up tuning after the Vienna Boys Choir finished rehearsal.  A few notes needed attention, but after that, my wife and I along with our invited guests relaxed in the heavenly music. Being the Christmas season, they sang a large selection of classical and a few modern Christmas selections.  The conductor kept the audience entertained throughout the evening and finished with a flair including two special encore pieces.

This Christmas Season, let us not forget to thank God for all the blessings he has bestowed on us whether it is beautiful music, family, friends and I should say especially Jesus Christ who came to earth as a baby in a manger over two thousand years ago and lives today as the risen Savior!

The other day I received a call to service a Steinway A 1 piano in a town nearby.  The six foot long piano was placed in a living room with a shag rug, some furniture and another piano; a Steinway upright. As I looked over the piano, the woman explained that she wasn’t sure she wanted to keep it but would like to find a good home for it.  She told me that her mother was the first owner and she was only the second owner.  Amazingly, the woman I talked with was in her mid-nineties!

Back to the piano… I looked over a number of parts of the piano during my inspection such as the strings, soundboard, ribs, keys, hammers, action, finish, etc.  Everything seemed like it was in fairly good shape considering its age.  The only problem was that the parts being so old needed to be replaced even though they still “worked”.  I also found that there were only 85 notes on the piano instead of 88 notes.  The manufacturer, Steinway and Sons Co., produced these “A”s without the top three notes.  Unfortunately for the lovely old lady, that meant that she didn’t get the money she thought she would get for such a piece of history.

We did eventually find a purchaser who would rebuild the piano and find a home for the piano… in Europe.  Many Europeans like these 85 note Steinway A1 pianos.  I moved the piano from her house to an intermediary who would ship the piano to Europe, with the help of great piano moving equipment and my helpful brother.

Thankfully, she even received a fair price for the piano.  I am happy that I am able to help people like this to find a new home for their pianos, though not everyone gets to have such a unique story. 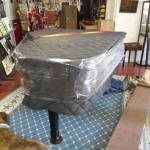 We take care to package pianos so they will be safe during a move.  By wrapping the entire piano like this, the piano could brush against a wall or a tree branch as we go across the yard, it will come through unscathed.  Not only that, but also the wall or doorways we bring the piano though would be protected from the piano as well.  Of course, we do everything possible to keep the piano from touching anything except the ground as we move it in and out of buildings.

Our blankets are also waterproof in case we have to move a piano outside in the rain.  But we don’t trust to the blankets entirely if there is 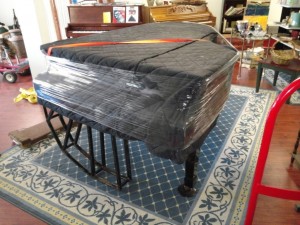 a downpour.  We will wrap the piano with a layer of heavy duty plastic or a waterproof tarp in those situations.  This also helps the humidity level inside the piano relatively stable.
Notice the piano tilter called a piano horse seen best in the photo on the right.  This device allows one guy to flip a grand piano 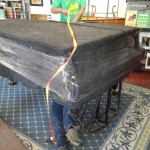 on it’s side without breaking into a sweat.  It even works on 9 foot concert grand pianos like a Steinway D that I moved from the Paramount Theater in Rutland for the Killington Music Festival.  The fun thing about using the piano horse is when the piano is tilted halfway, I could stop and leave it and it and it would be stable.  This tool really helps us carefully move pianos and take care of ourselves as well.
In another post I will show why your floor and tile are completely safe with the rolling part of our piano moving operation. 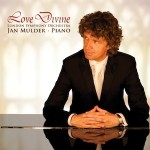 The other day a client gave me a CD of this artist telling me she really liked his music.  Classical music always interests me especially when it is mixed with hymns.  I happened to be enjoying some of his wonderful music when I came across this great video of him moving his Fazioli 308 Concert Grand Piano. This is especially interesting to me because I really enjoy moving pianos and also enjoy watching a more challenging piano move like this one which was a crane piano move. Feel free to enjoy the music while you watch the piano move.

… And, no, I was not the piano mover in the video in case you were wondering.  I do move pianos using cranes every so often, but this was not one of my own piano moves.  You can listen to more of his music or order it at his website: http://www.janmulder.us/

A few weeks ago, I got a call from a man named Brian who introduced himself as the piano technician for Chick Corea.  He explained that since he was not able to make it to Rutland, Vermont to tune the piano for Chick’s concert, he decided to look for a Registered Piano Technician or RPT in the area who could fill in for him.  Now having grown up with classical music and hymns, I had no idea who Chick Corea was, nor did I think anything of being asked to do a concert tuning for him.  We ironed out the details and and I was officially scheduled for a night with Chick Corea.

When I showed up to tune the 9 foot Yamaha CFX, Yamaha’s concert grand piano, I found that the tuning was 40 cents flat.  This isn’t normally a problem as I encounter this disparity from A-440 quite often.  This evening, though,  I hoped the piano would be relatively close to pitch so I would be sure to have a good solid tuning.  While a piano can be brought up to pitch relatively easily, for a high caliber concert tuning with a world-class performer, the piano can noticeably drift out of tune in the short period of a performance.

Not only was the tuning much farther out than most concert situations, but also there were some regulation issues as well.  When a piano action is well regulated, the pianist gets a uniform feel from the keys and knows what to expect from one note to the next.  But when there are regulation anomalies, some notes might feel harder to play or even play louder or softer than others.

In the end, I made four tuning passes through the entire piano and spent the rest of the time regulating and doing some minor voicing on the piano to get it ready for Chick.  As I played the piano to test it, Chick walked onto the stage with the stage manager.  Of course I didn’t know which one Chick was, but I assumed correctly that the one who looked more like a musician was Chick.   We were introduced and shook hands and he sat down to practice on the concert grand.  I was a little nervous, wanting my tuning to be good enough for him, but was relieved to hear him say, “Hmm, nice tuning.”  Those are the words you want to hear after putting in all those hours of work getting the piano ready, especially from someone like Chick Corea.

I appreciated the opportunity to be the piano technician for Chick Corea for one night at least.  To learn more about Chick Corea, visit his website: www.chickcorea.com.