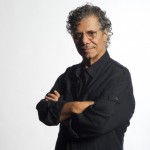 A few weeks ago, I got a call from a man named Brian who introduced himself as the piano technician for Chick Corea.  He explained that since he was not able to make it to Rutland, Vermont to tune the piano for Chick’s concert, he decided to look for a Registered Piano Technician or RPT in the area who could fill in for him.  Now having grown up with classical music and hymns, I had no idea who Chick Corea was, nor did I think anything of being asked to do a concert tuning for him.  We ironed out the details and and I was officially scheduled for a night with Chick Corea.

When I showed up to tune the 9 foot Yamaha CFX, Yamaha’s concert grand piano, I found that the tuning was 40 cents flat.  This isn’t normally a problem as I encounter this disparity from A-440 quite often.  This evening, though,  I hoped the piano would be relatively close to pitch so I would be sure to have a good solid tuning.  While a piano can be brought up to pitch relatively easily, for a high caliber concert tuning with a world-class performer, the piano can noticeably drift out of tune in the short period of a performance.

Not only was the tuning much farther out than most concert situations, but also there were some regulation issues as well.  When a piano action is well regulated, the pianist gets a uniform feel from the keys and knows what to expect from one note to the next.  But when there are regulation anomalies, some notes might feel harder to play or even play louder or softer than others.

In the end, I made four tuning passes through the entire piano and spent the rest of the time regulating and doing some minor voicing on the piano to get it ready for Chick.  As I played the piano to test it, Chick walked onto the stage with the stage manager.  Of course I didn’t know which one Chick was, but I assumed correctly that the one who looked more like a musician was Chick.   We were introduced and shook hands and he sat down to practice on the concert grand.  I was a little nervous, wanting my tuning to be good enough for him, but was relieved to hear him say, “Hmm, nice tuning.”  Those are the words you want to hear after putting in all those hours of work getting the piano ready, especially from someone like Chick Corea.

I appreciated the opportunity to be the piano technician for Chick Corea for one night at least.  To learn more about Chick Corea, visit his website: www.chickcorea.com.

View all posts by Ben Rocke →

Excellent experience, professional, on time, thorough and informative! Love the ease of scheduling on the website!

Ben was prompt and very knowledgeable. He expertly serviced my piano, staying longer than he quoted to get it just right! Highly recommend!

Ben Rocke, RPT, MPT did a very thorough evaluation of a 1904 Steinway I was interested in purchasing in Connecticut while I live three thousand miles away. This was not my first time buying a piano from a seller across the country, but it was the first time I felt I knew what I was getting into. […]

Ben did a very thorough job tuning, regulating and voicing my newly acquired piano. It sounds wonderful! He was prompt and professional and patiently answered all of my many questions. I would highly recommend him. Thank you Ben

I can’t praise Ben highly enough. He’s an absolute master, and an incredibly nice person as well. I’m fussy about tuning and use Ben on a quarterly basis. I’d never use anyone else.

We have had Ben tune our pianos now for a few years, and he does an excellent job. Service is prompt, professional, and pitch-perfect, along with making necessary repairs to keep the piano playing. We highly recommend his services.

My husband had my piano tuned as a Christmas gift and I couldn’t be happier! My upright Yamaha piano sounds amazing. Ben was very professional and is talented at what he does. We highly recommend and will call them for all future tuning!

Greg regularly tunes and recommends small and larger repairs to maximize the life of our baby grand. He is professional, punctual, pleasant and most importantly—is a VERY GOOD piano tuner and technician. I love his smart-scheduling service! I recommend Greg’s services without hesitation. Vermont is blessed to have such a wonderful piano tuner!

A true artisan of his craft! He has our 116-year old piano wonderfully in tune, and I’m now educated on what else could be improved. He was very sincere and pointed out what could be improved as the level of playing in our household matures to benefit from it.